Never Heard of Sunchokes, Much Less Cooked Them? 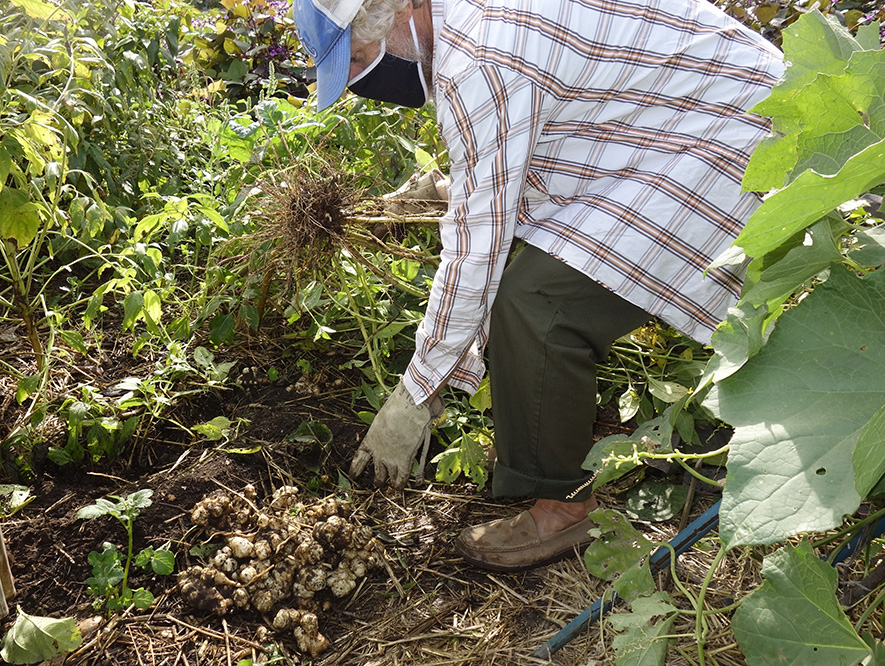 There's more to eat than seeds from some of those tall yellow sunflowers you may have seen at LA green Grounds over the summer.

After the flowers bloom, when the stem is dry and looks ready for the compost pile, a gentle pull will yield a bunch of sunchokes -- a delicious vegetable rarely seen even at farmers' markets.

Obviously a root vegetable, sunchokes also are called Jerusalem artichokes and earth apples. They are native to central North America and were widely grown for food before the arrival of Europeans.

Sunchokes are distantly related to artichokes. But it's distant, and there's no connection to the city of Jerusalem. But Los Angeles has a role in the sunchoke name: Frieda Caplan, an L.A. produce wholesaler, invented it in the 1960s when she was trying to revive the plant's appeal.

Two reasons come to mind when wondering why sunchokes are not more popular. They're rather ugly and misshapen. And they are rather expert at producing gas.

But they are so delicious, with a delicate, sweet flavor a little reminiscent of potatoes. And they could not be easier to cook. 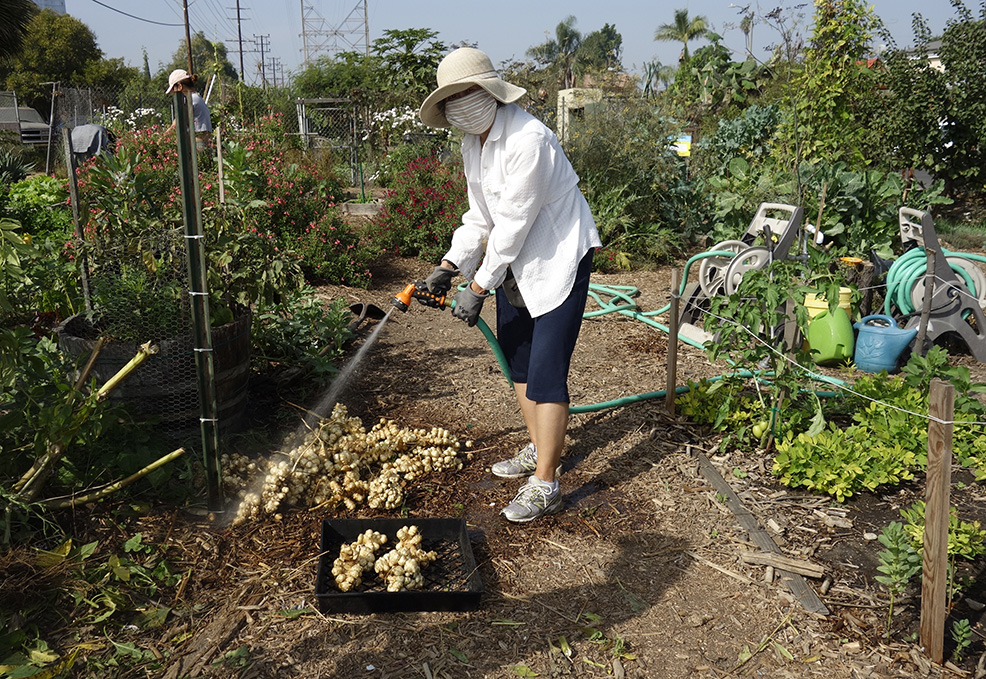 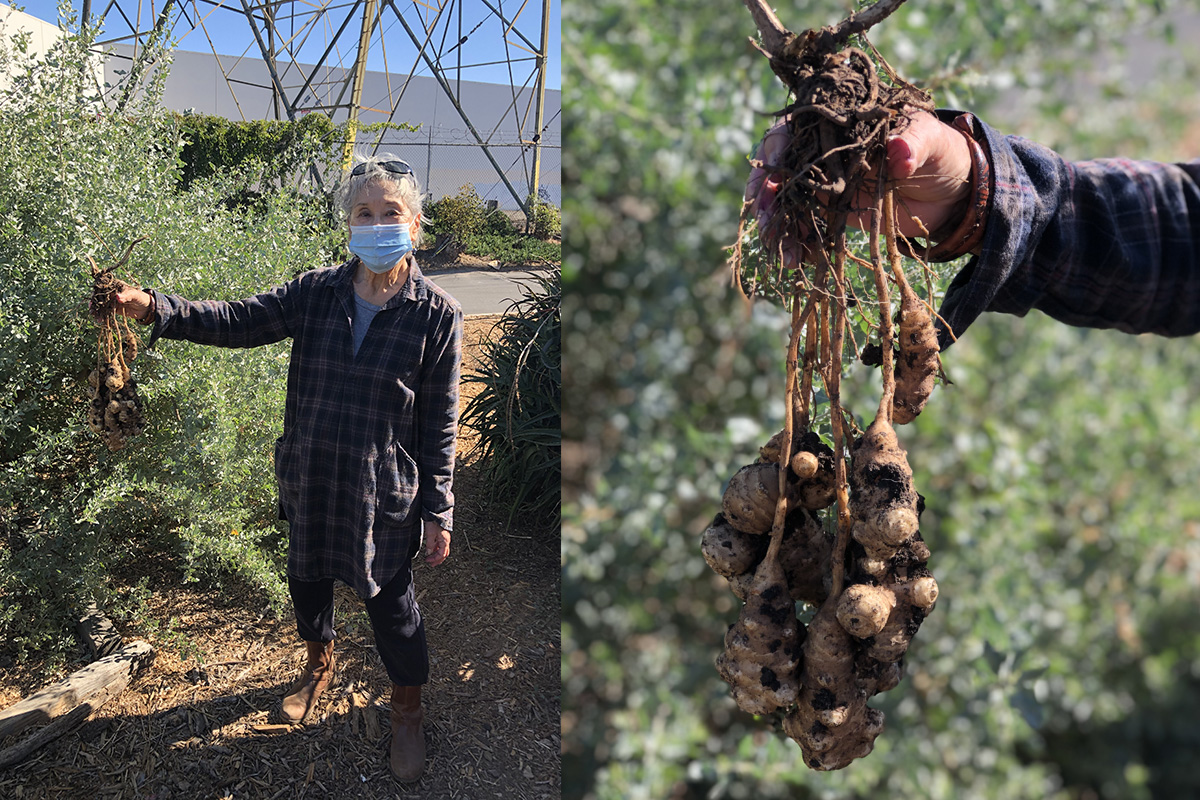 HOW TO COOK SUNCHOKES

They also can be used like potatoes for hash, pureed for soup, mashed and eaten raw in a salad. 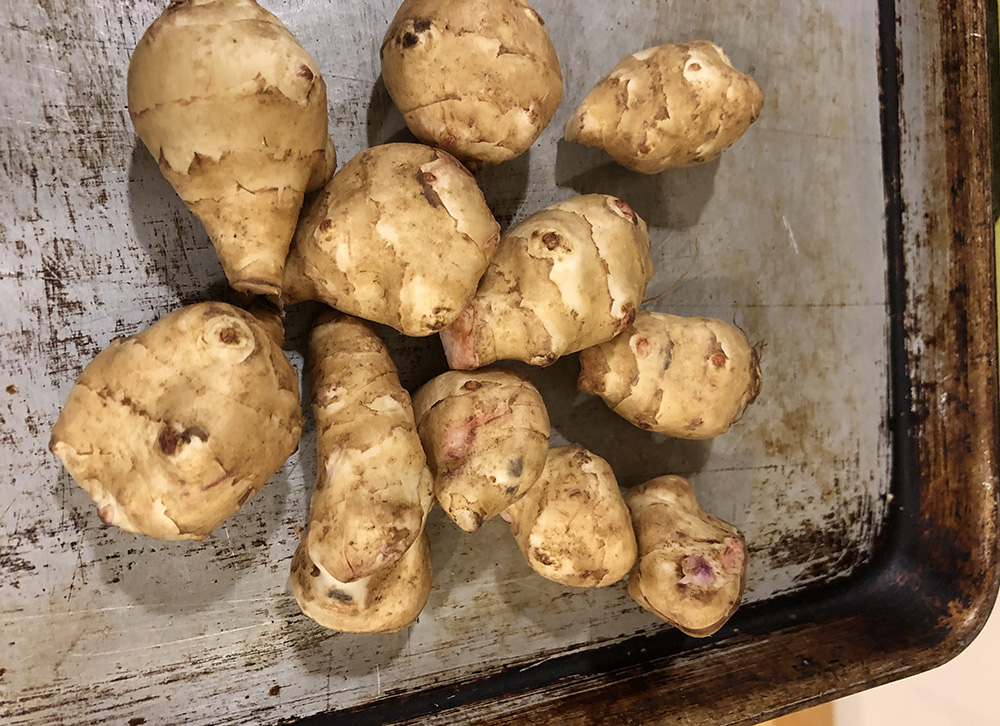 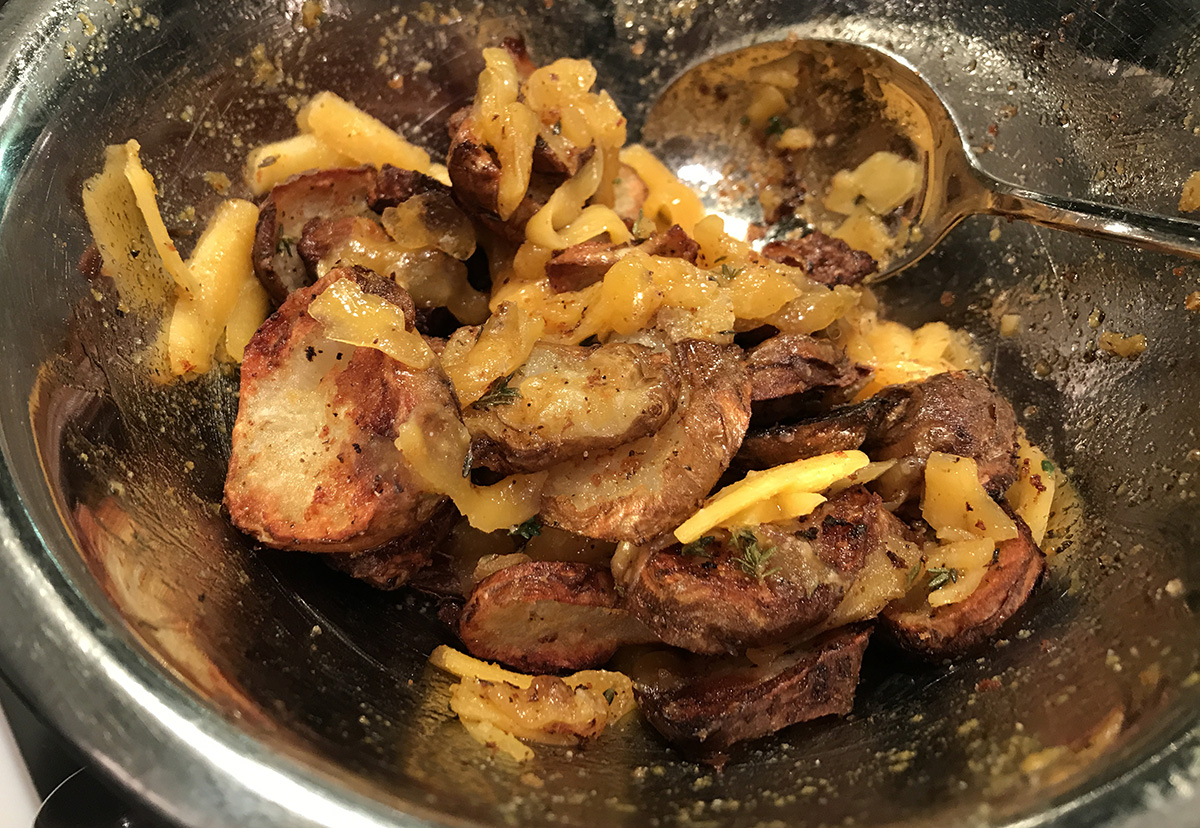 Although technically in season in the South from early fall through spring, this tuber reaches its peak flavor in winter. Choose firm sunchokes with no blemishes, sprouts, or soft spots, and store them on the counter for a week, or in the refrigerator for up to three weeks.