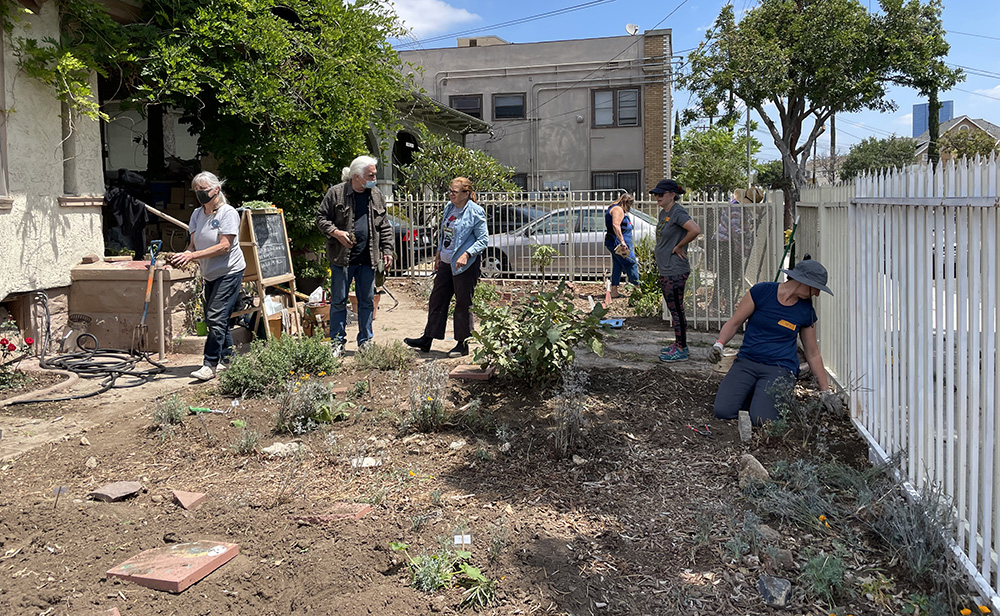 I became a volunteer at LA Green Grounds after the lockdowns of Covid-19 had changed everything. That meant I could work at the garden, but either alone or with one or two very distanced and masked people. It meant our meetings were on Zoom. And most important, it meant that a hallmark of the organization – Dig Ins – were off the table.

On Tuesday, June 8, I am so happy to say, I went to my first Dig In. And it was every bit as meaningful as promised by Florence Nishida, LA Green Grounds founder.

At a Dig-In, a resident in South Los Angeles invites family and friends. And LA Green Grounds brings volunteers. Together, they install a front-yard edible garden that offers the neighborhood fresh produce, a sense of community, and the knowledge of how wonderful it is to grow your own food.

“Dig-Ins are real work, but a heap of fun, too,” Florence says.

“It was hard work as always but just great what can be accomplished with many hands (and arms, backs and legs!),” said LA Green Grounds volunteer Grace Yamamura.

Dozens of Dig-In gardens have been installed around South LA, and on June 8, volunteers gathered to reboot the garden at the home of Sarah and Scott Yetter, just south of Pico Boulevard in the Pico Union neighborhood.

The garden was put in about six years ago, but needed some love – in the form of weeding and new plantings, including a hallmark of summer: tomatoes. It’s a garden that’s an integral part of the community. Sarah runs a preschool program at the First Free Evangelical Church that using the garden. They hold community dinners twice a month.

When the volunteers showed up, it was clearly a hub of activity. A teenager in the house was taking his AP calculus test. Kids came in and out of the house. Interns from next door were part of the work crew.

The LA Green Grounds team included Florence’s 16-year-old grandson, Kai Ogawa who was visiting and said he felt the experience made him a “real Angeleno.”

It may be a while still before we can schedule new Dig-Ins, but if you are interested in turning your front yard into an organic edible garden, complete a garden application. 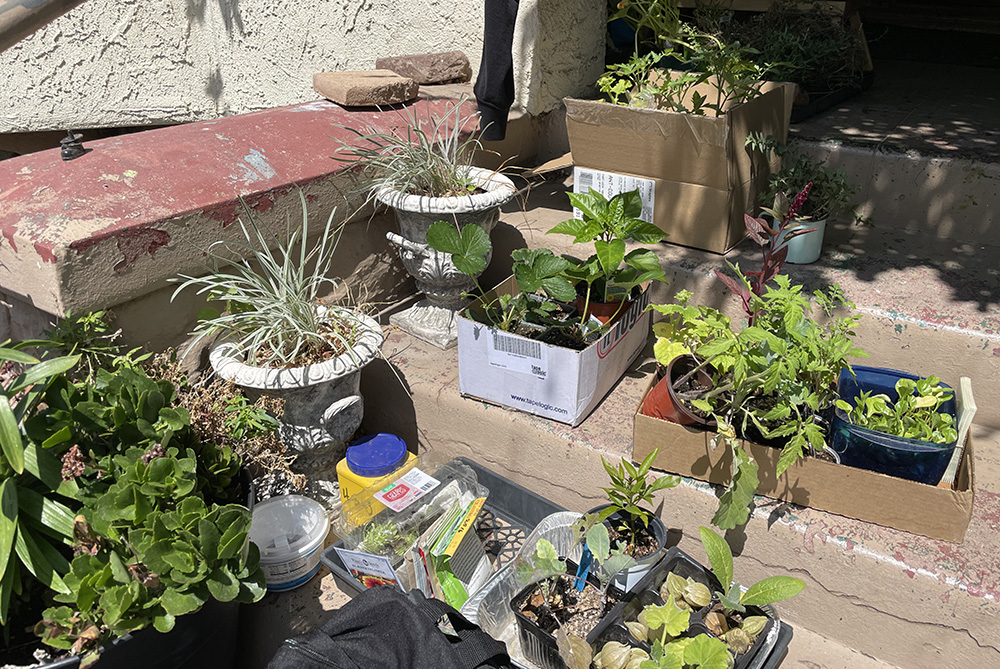 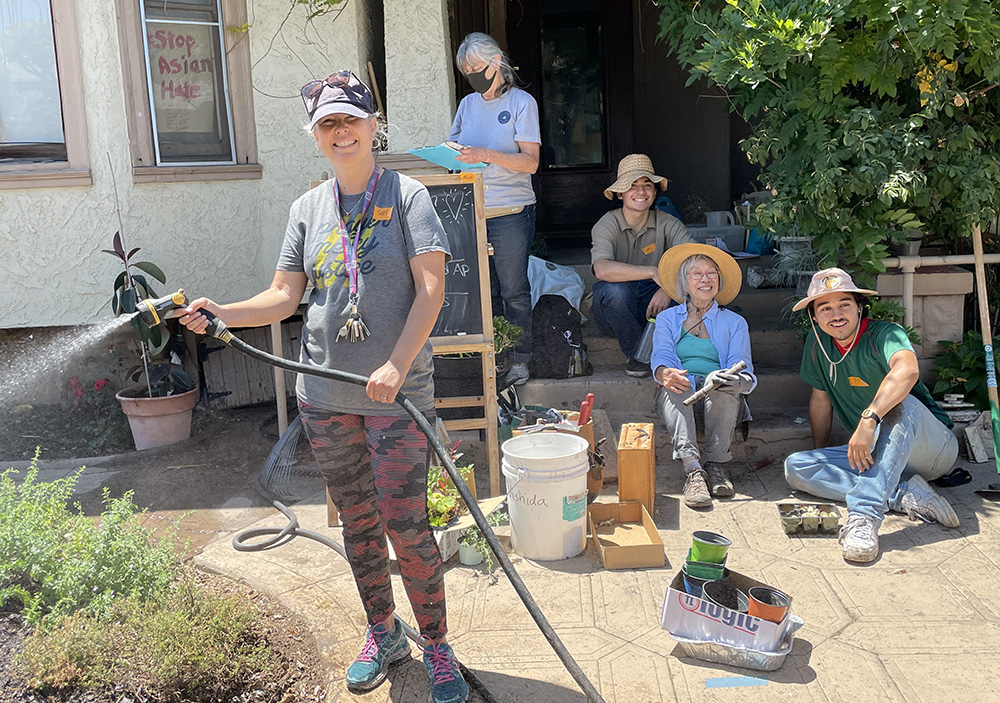